Recent treks around the State, have somehow dovetailed nicely with both this weblog, and recent treks around the Nation. I’ve found myself within the confines of Henniker New Hampshire in recent days. A town I’ve made mention of in prior entries as a hotbed of wooden bridge building, and home to a number of the States storied Bridgewrights, and to a now long forgotten Bridgewrighting yard.

The almost unknown ripples of good and enterprise in the bridge building world, found from seeds sown and knowledge shared here, in this one town, were and are widely cast.

Recent treks across some of the Nation bring me full circle back to “The only Henniker on Earth” – When this past month, as part of my participation and demonstrations at the Second National Covered Bridge Conference in Dayton Ohio. I, along with fellow attendees on the last day of the conference, took in a tour of the bridges of nearby Preble County, home of a collection of bridges of a Truss Type patented by Henniker native Horace Childs.

This tour and their bridges had me again ramp up our research on Mr. Childs – Though I’ve posted a number of entries on his work, I found this bit of town lore on the Childs brothers, and other town Bridgewrights as worthy of sharing.

From Cogswell’s 1880 History of Henniker – This town history published two years prior to the notice in the Engineering News and American Contract Journal citing the expiration of the Childs Patent, (see the archival entry cited in the caption four photos below) said to have inspired Sherman to make this his chosen truss type. 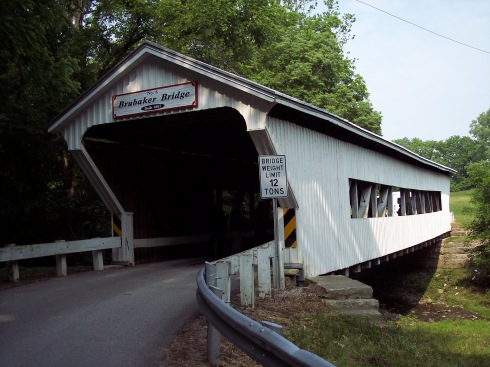 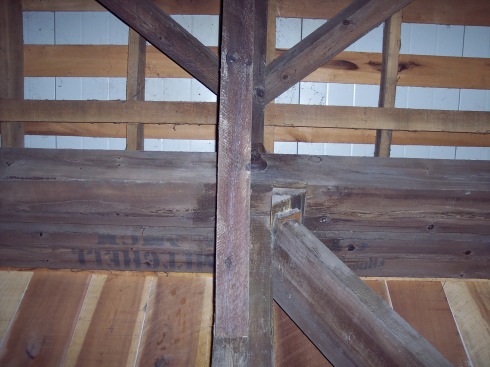 The merchant stamp of a Michigan Sawmill – Being hardwood country, Ohio imported the Bridgewright specified & Dead load desired Michigan White Pine for hundreds of its bridges

As described in July ’11 archival Childs bio entry “Children of Childs” – The only known existing timber constructions attributable to Horace are a Long Truss Bridge in neighboring Hopkinton, the hometown of Col. Long – And this, the former Henniker Academy building – Now home to the Henniker Historical Society – No Childs Truss bridges exist here in New Hampshire – Most such bridges were constructed for area Railroads and were sadly, long ago replaced